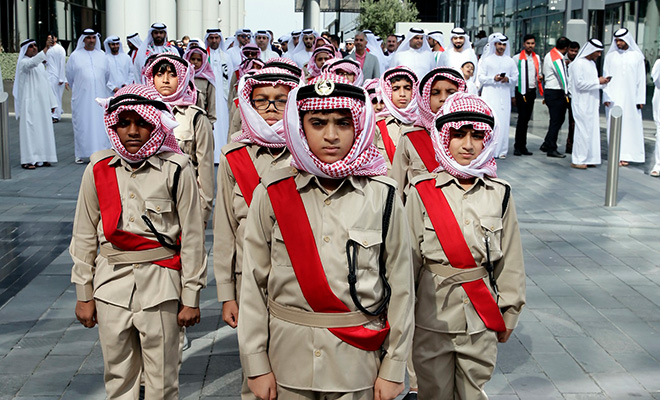 The event took place on Wednesday, 28th November at Dubai Design District with the “The Progression of UAE Gallery” which dedicated to a mural display of the late Sheikh Zayed and the late Sheikh Rashid. The exhibition showcased a number of special and exclusive perfumes that belonged to Sheikh Zayed, and gave visitors to sample them. Visitors were also able to peruse special documents of Sheikh Rashid bin Saeed Al Maktoum’s most distinctive achievements in the making of the Emirate’s evolving journey.

Saeed Al Nabouda, Acting Director General at Dubai Culture, said:  “We would like to congratulate the rulers, citizens, and residents of the UAE on this national occasion that is dear to our hearts. On the 47th anniversary of our nation’s Union, Dubai Culture expressed its eagerness to engage with various groups from society to share the joy of National Day and to affirm the spread of happiness and positive coexistence among all. This aligns with the approach of the Founding leaders for our nation to remain a safe and stable oasis.” 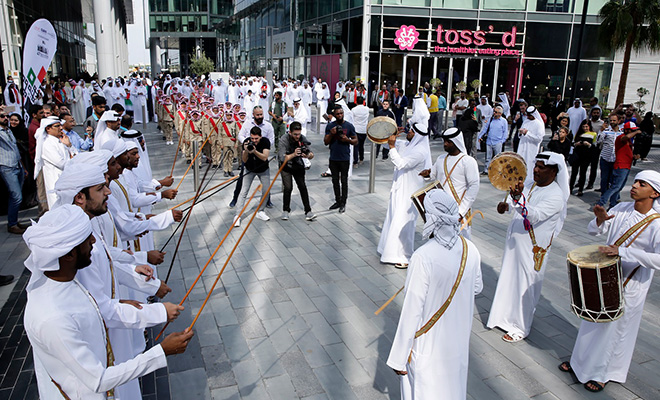 Of the events that were designed to delight the public on National Day is an interactive mural in which 47 artists of various nationalities took part in to express the achievements of the State and the progress it achieved since the declaration of the Union on 2nd December 1971 in a wonderful and artistic way. The Falcon Trainer presented a falcon show by specialists to introduce one of the most significant traditional sports in the UAE and the region, and a rebab player was hosted to entertain visitors with local tunes.

Al Nabouda concluded: “Dubai Culture is celebrating this day as an ideal opportunity to affirm its commitment to its mission of promoting national heritage on such important occasions, aiming to revive it through the participation of citizens, residents, and visitors, and giving them an opportunity to learn about our customs, traditions, and heritage in a joyful atmosphere.”

For handicraft enthusiasts, attendees were shown ways of jewelry work, Talli, Al Sadu, Dukhoon making, and the technique of ‘shaking yogurt’ which is known as ‘Alsaqa.’ Al Harbiya and Al Ayyala show was also presented for the public. The event also witnessed the participation of ‘Akkas studio,’ and ‘Al Basta,’ which is an personification of the market in the Emirati heritage that is rich in numerous traditional goods.

To highlight the role of the upcoming generation, students of Dubai Centres for Heritage Development presented a military parade and a performance called ‘Ya Darana Mkafeya.’ The day also witnessed the organisation of three heritage-themed workshops.

The Museums Department organised several events during the holiday to celebrate the occasion, most notably the ‘Hemaya Schools’ event that included many activities. Martyrs’ Day was also commemorated with a tour of Etihad Museum and a moment of silence and prayer, as well as with raising the flag. There was media coverage by ‘Sama Dubai’ on the ‘Sabah Al Khair Ya Bladi’ and there was a workshop entitled ‘Founding Fathers,’ ‘The story of the UAE flag’ was presented, as well as the story of 2ndDecember and many other activities.

Dubai Culture aims to enhance Dubai’s cultural scene and draw attention to the UAE’s rich heritage. The Authority’s mandate is to build bridges of constructive dialogue between different civilisations and cultures to enhance Dubai’s position as a creative and sustainable global city for culture, heritage, arts, and literature, with the aim to empower these sectors by developing creative and innovative projects and initiatives locally, regionally, and globally.