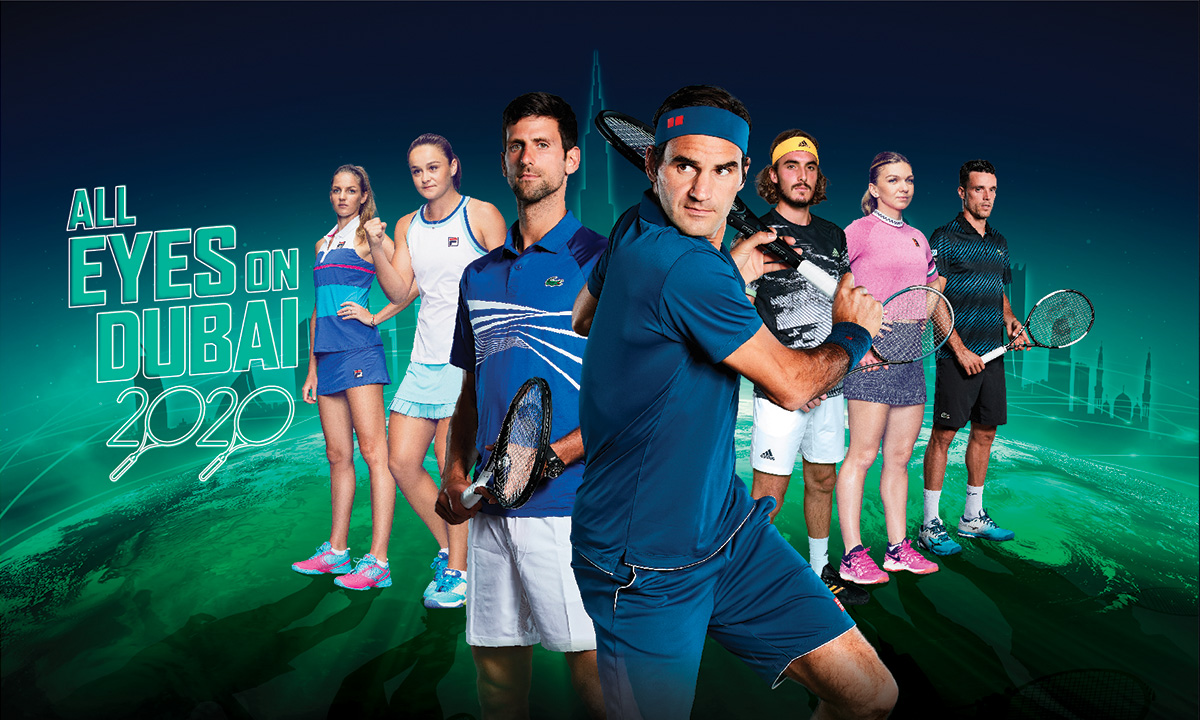 With a host of tennis megastars descending on the Dubai Duty Free Tennis Stadium next month, organisers of the Dubai Duty Free Tennis Championships are reminding fans that tickets from resellers will not be accepted on entry and urging everyone to purchase their tickets via the official websites dubaidutyfreetennischampionships.com or dubai.platinumlist.net or at the Box Office which opens on 29th January at 9 am.

The Dubai Duty Free Tennis Championships will once again feature almost every top name in the game and during the first three days tennis fans are guaranteed to see their favourite player on Centre Court for only AED55 or for free on the side courts.

The tournament begins on 17th February by celebrating the 20th anniversary of the WTA event, first won in 2001 by Martina Hingis. The tournament had to wait until 2019 for another Swiss winner, and Belinda Bencic is eagerly awaiting the opportunity to defend her crown. Standing in her way will be three reigning Grand Slam champions, as French Open winner and world number one Ashleigh Barty, Wimbledon champion Simona Halep and US Open winner Bianca Andreescu join others such as world number two and recent Brisbane champion Karolina Pliskova and top-10 star Kiki Bertens in competing for the title.

Fans of eight-time champion Roger Federer will not be disappointed as he yet again begins the defence of his title when the ATP week gets underway on 24th February. He will once more find himself bidding to overcome competition from many of the world’s best, including recently announced and world number 2 Novak Djokovic, 2019 Dubai finalist and ATP Finals winner Stefanos Tsitsipas, 2018 champion Roberto Bautista Agut, top Italian Fabio Fognini and one of the game’s most entertaining stars, 2019 semi-finalist Gael Monfils.

“The Dubai Duty Free Tennis Championships is always a highlight of Dubai’s sporting calendar, and this year it is of special significance as we celebrate 20 years of the WTA Tour event here,” said Colm McLoughlin, Executive Vice Chairman and CEO of Dubai Duty Free. “We are delighted to welcome so many talented ladies back to Dubai, and also to welcome back yet again the most successful champion in the 28-year history of the tournament, Roger Federer, along with other members of the world’s top 10.”

Tournament Director Salah Tahlak added, “With so many top players taking part every year it is going to be a very exciting tournament. We cannot guarantee who will be in the finals, only that there will be many thrilling battles and upsets before the champions are eventually crowned.”

The Dubai Duty Free Tennis Championships is owned and organised by Dubai Duty Free and held under the patronage of H. H. Sheikh Mohammed bin Rashid Al Maktoum, Vice-President and Prime Minister of the UAE and Ruler of Dubai.

Tickets for the 17th – 29th February tournament are available at www.dubaidutyfreetennischampionships.com.

Art comes to the fore at the Omega Dubai Desert Classic