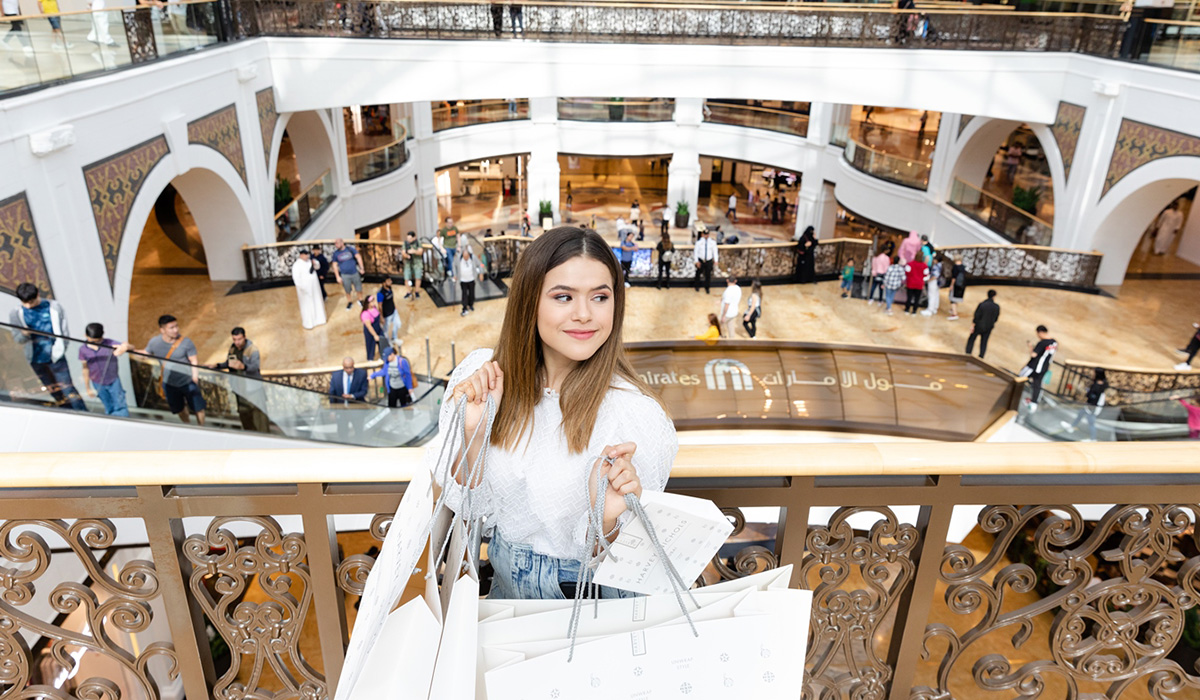 The 25th edition of Dubai Shopping Festival (DSF) has pulled together an awesome series of concerts, events, world-class entertainment and interactive activations for its final weekend – ensuring the city receives a fitting close for the silver anniversary of one of the most highly anticipated events in Dubai and wider region.

On Thursday 30 January, singers Rashed Al Majid and Majid Al Mohandis will both perform at the sold-out concert at Coca Cola Arena. Al Majid is a musical sensation and one of the most famous singers in the Middle East while Majid Al Mohandis is said to have the ‘Voice of a Diamond’.

‘Get Lifted’ at Coca-Cola Arena on Friday, 31 January with the man, the singing legend, John Legend, as he puts up a soulful performance for his fans to mark the close of the milestone DSF. With hits such as ‘Ordinary People’ and ‘All of Me’, fans are in for an epic night. Syrian singer Faia Younan will also perform on the same night displaying her natural talent. Tickets are quickly selling out so fans are urged to purchase their tickets soon from the Dubai Calendar App or Coca-Cola Arena website.

Those looking for a night of traditional Arabic songs should catch the live performance by popular Saudi singer Ayed Yousef at Global Village on Friday 31 January at the main stage.  The concert is included in the entry ticket for Global Village so visitors can pack in shopping, dining and entertainment all in one night.

Calling out all gaming enthusiasts or anyone looking for a seriously fun time.  The Fortnite event at swyp Market Outside the Box (MOTB), Burj Park, Downtown Dubai is taking place from 29 January to 1 February. This gaming activation will see both international and regional gamers make an appearance on stage, including YouTube sensation FaZe Adapt. Regional gaming superstars Ahmed Al-Nasheet, Ryan Al Ahmary, Khalid Al Shammari and Abduallah Al Alawi will also be there to meet fans throughout the four-day gaming extravaganza. The activation will allow visitors to participate in highly disruptive experiences including Battle Pass challenges, stage activities, character meet-and-greets and much more. The Battle Pass is a series of in-game Fortnite challenges brought to life that will send visitors on a journey across swyp MOTB, whereby tiered prizes can be redeemed against completed activities.

Art lovers can catch Liz Pichon’s brilliant illustrations come to life during an on-stage production of Tom Gates at the Theatre in Mall of the Emirates from today to 1 February. Liz Pichon is known to bring her books to life in a fantastically funny and visually mesmerizing way. It is a total feast for the eyes and ears and is expected to leave visitors feeling exceptionally good.

A major festival will take place in Wahat Al Zaweya on Dubai-Al Ain Road ‘Basant Festival’ where visitors will get to fly kites which are of different colours and shapes and add the joy with drum beaters in traditional attires and a number of food dishes. The festival will take place on 30 January from 6am to 3pm and Friday 31 January from 10am to 6pm.

The world-class theatrical production “Mughal-e-Azam” will be on show at Dubai Opera from 30 January to 1 February. Fans of the broadway-style musical can purchase tickets via the Dubai Opera website https://www.dubaiopera.com/.

In true Dubai fashion, the closing weekend of DSF will feature a range of spectacular fireworks displays planned to dazzle audiences in every corner of the city from 30 January to 1 February. Fireworks will go off at 7:30pm at The Frame, 8:30pm at The Beach; 9:30pm at La Mer and 10:30pm at Al Seef.

Final call for shopping addicts and lovers. The DSF Final Sale runs from 30 January to 1 February, the right time to refresh wardrobes and stock up on clothing, accessories, footwear and so much more. Shoppers can enjoy offers up to 90 per cent, deals this good cannot be missed.

Tourists and residents can make the most of the Closing Celebrations and book a hotel stay and enjoy the hundreds of offers available for the 25th edition. The full list of hotels is here.

There’s plenty to get involved in over the final weekend of the DSF. For more information, please visit www.mydsf.ae or @DSFSocial, #MyDSF and #DSFturns25 for the latest news, information and events.