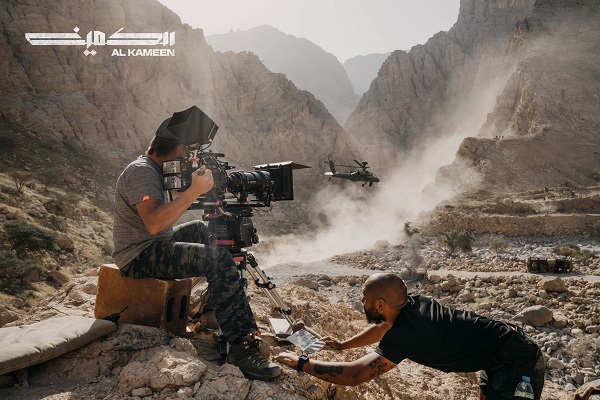 Image Nation Abu Dhabi and AGC International, an arm of AGC Studios in the US, have released the first teaser trailer for its upcoming action film titled Al Kameen (The Ambush).
The film is based on the true story of a daring mission by a group of Emirati soldiers who set off to rescue their compatriots trapped by rebel fighters in a mountainous valley.
According to producers, the film is the largest Arabic-language film ever made in the Gulf, with 400 cast and crew including an all-Emirati lead cast. The lead cast is made up of all Emirati actors including Marwan Abdulla Saleh, Khalifa Albhri, Khalifa Al Jassem and Mohammed Ahmed.
The film was co-produced by AGC Studios and Image Nation Abu Dhabi and directed by Pierre Morel (Taken), with producers Derek Dauchy (Roman J Israel, Esq.) and Jennifer Roth (Black Swan).
Written by Brandon Birtell (Furious 7) and Kurtis Birtell (Medal of Honour) in close consultation with the soldiers involved in the real-life ambush situation that inspired the plot, Al Kameen was entirely shot in the UAE.
Al Kameen will be released in UAE theatres and across the region later this year.
The post Image Nation AD and AGC International release teaser for ‘Al Kameen’ appeared first on BroadcastPro ME.