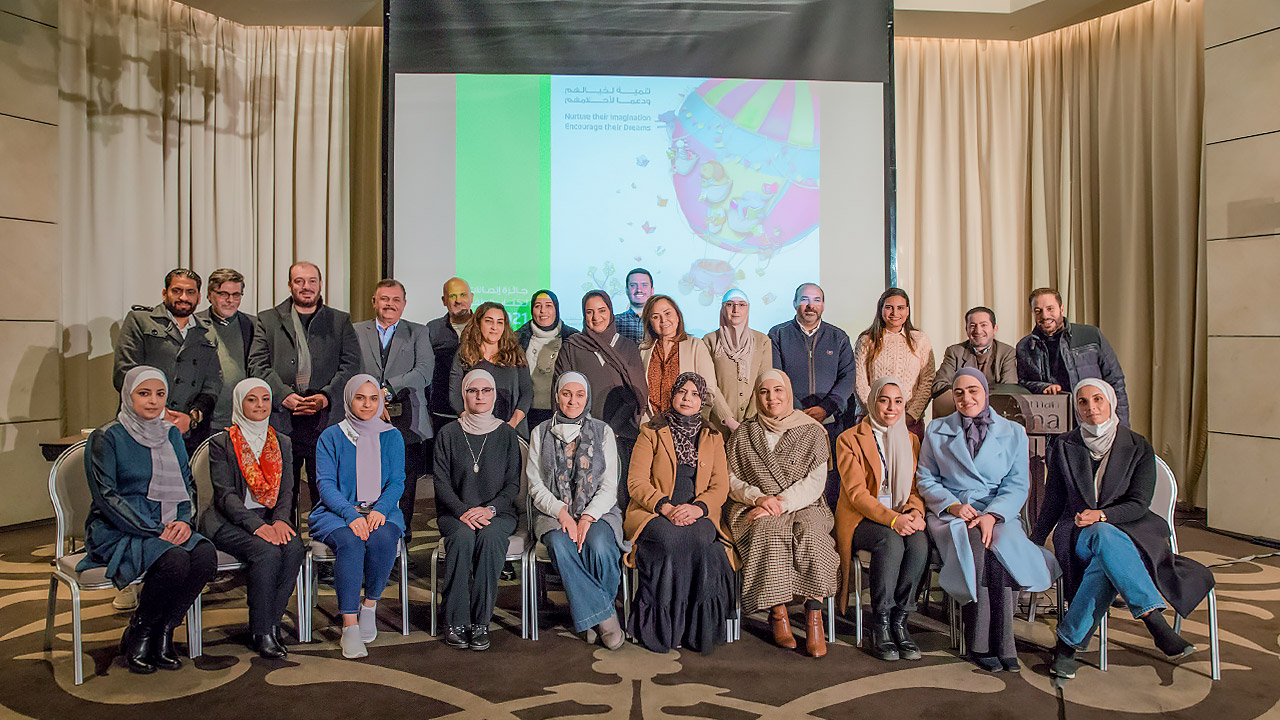 The Etisalat Award for Arabic Children’s Literature (EAACL), organised by the UAE Board on Books for Young People (UAEBBY) and supported by the Etisalat Group, recently held an introductory session on the Award for professionals connected with children’s literature, in Amman, Jordan.

During the session moderated by Marwa Al Aqroubi, President of UAEBBY, Jordanian publishers, illustrators, and authors were briefed on the Award’s criteria and submission guidelines for its upcoming 14th edition. The session also highlighted the outcomes of the previous edition that had yielded a selection of distinguished titles.

The session was part of a series of introductory meetings being organised by UAEBBY in Arab countries to support children’s literature and attract quality entries for the award.

Attendees were also briefed on the history and goals of the Award that was launched in 2009 to enrich children’s literature by encouraging publishing of quality books and instilling the habit of reading in the young generations, in addition to highlighting and honouring distinguished works of authors, publishers and illustrators.

Commenting on the session, Marwa Al Aqroubi, President of UAEBBY, said: “Through organizing such meetings and introductory sessions, we aim to broaden cooperation among professionals involved in creating Arabic children’s literature to advance the quality of content, and at the same time raise the level of competitiveness of the Etisalat Award by attracting submissions that fulfil our criteria from applicants who have a good idea about the vision of the Award and the quality we seek.”

She added: “The children’s book industry in Jordan is very active, and produces varied new content annually to enrich children’s libraries. The session presented a unique opportunity for us to meet authors, illustrators, and publishers who have unique visions that can be encouraged to achieve qualitative milestones in the sector.”

Besides, AED 300,000 is allocated to the Warsha programme which organises the Etisalat Award Workshops for Children’s Books. The workshops seek to build Arab professional’s capacities in writing and illustration, as well as to discover and foster a new generation of Arab talent that meets international standards in children’s and young adults’ writing. The Award opens registration annually from April until August 31. via its website http://etisalataward.ae.

Related Topics:EtisalatEtisalat Award for Arabic Children's LiteratureUAE Board on Books for Young People
Up Next

Expo 2020 Dubai launches Why? The Musical, created by Shekhar Kapur and music by A.R. Rahman, to premiere at Al Wasl Plaza