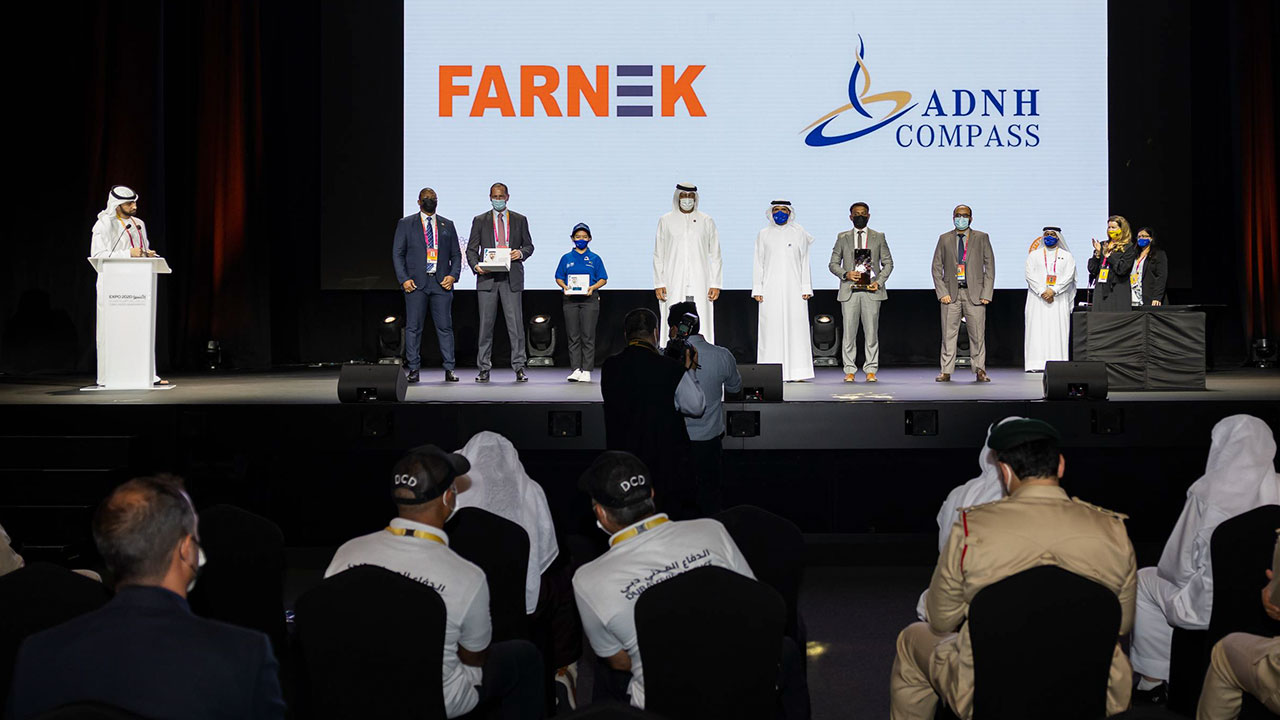 A special edition of the Taqdeer Award has recognised excellence amongst Expo 2020 Dubai’s contractors and service providers for their ongoing commitment to ensuring worker welfare and implementing the highest health, safety, quality and environment (HSQE) standards. Held under the patronage of His Highness Sheikh Hamdan bin Mohammed bin Rashid Al Maktoum, Crown Prince of Dubai and Chairman of the Executive Council of Dubai, the Taqdeer Award recognises the companies leading the way in labour relations, strengthening Dubai’s position as home to some of the most progressive employers in the region.

Taking place at Dubai Exhibition Centre – Expo 2020, trophies and certificates across 9 categories were awarded in the presence of Her Excellency Reem Al Hashimy, Minister of State for International Cooperation and Director General, Expo 2020 Dubai; His Excellency Major General Obaid Muhair bin Suroor, Deputy Director General of the General Directorate of Residency and Foreigners Affairs in Dubai (GDRFA-Dubai), Chairman of the Permanent Committee for Labour Affairs in Dubai (PCLA) and Chairman of the Taqdeer Award; and Lieutenant Colonel Khaled Ismail, Secretary General of Taqdeer Award, as well as senior leadership and workers from a range of government entities and Expo 2020 contractors, and representatives from a number of Expo’s International Participants.

The extraordinary edition of the annual Taqdeer Award recognised both companies and individuals based on their ongoing dedication to upholding the spirit and letter of Expo’s Assurance Standards, which are bound into contracts with all suppliers and regularly and rigorously assessed by the Expo 2020 Dubai Worker Welfare team and independent third parties.

Her Excellency Reem Al Hashimy said: “We are delighted to join with the Taqdeer Award today to celebrate what can be done when we make sure to recognise one another as fellow human beings, co-contributors to the journey of humanity and the pursuit of a collective, greater goal. The qualities of empathy, solidarity, determination and personal and professional excellence and care, can enable us to build fairer, and better, and more sustainable.

“Our legacy will therefore live on not just in the structures we create, but through the spirit in which we act and the constructive contribution we have made to global industry standards, expectations, and outcomes. As an organisation, it is our hope that the companies and individuals represented here today carry with them a vast sense of pride in what has been accomplished, and also that the skills, experiences and knowledge that they have accrued during our journey together becomes an integral part of Expo’s long-term legacy for the workforce of the future.”

Winning companies were also awarded with Taqdeer Golden Excellence Cards, whilst their workforces received Taqdeer Blue Excellence Cards in appreciation of their dedication to HSQE standards.

His Excellency Major General Obaid Muhair bin Suroor said: “As part of the efforts to build the best and meaningful relations between the companies and workers, Taqdeer Award launched Labour Excellence Cards. The cards allow the distinguished companies and workers to save millions of dirhams annually through government incentives from 4 government bodies and discounts offered by more than 60 establishments and shops in Dubai. This will benefit more than 61,000 workers working among the 11 distinguished companies that were honoured for their contribution to Expo 2020 Dubai”.

Lieutenant Colonel Khaled Ismail said: “The Award, since its inception in 2016, has posted remarkable achievements towards strengthening relations between companies and workers, thanks to its vision and mission and the great support received from government organisations.  Expo 2020 Dubai’s support to our initiative to honour workers behind this prestigious global event have strengthened our efforts to move forward on the path of enhancing Dubai’s reputation as the best city to live in and work.”

Reward and recognition is one of six pillars of Expo 2020’s Better Together strategy – a positive, values driven approach to worker welfare and health and safety that is already encouraging a shift in behaviour and setting new benchmarks. Expo’s efforts have also included the launch of Worker Connect, a multilingual app which enables workers to discover the latest information on their employment rights; extensive health and safety training offered to Expo consultants, contractors and subcontractors at all levels of seniority in a variety of languages and formats; and a commitment to working with third party auditors and regulatory bodies such as the industry-leading British Safety Council, ensuring that efforts are guided by international best practice.