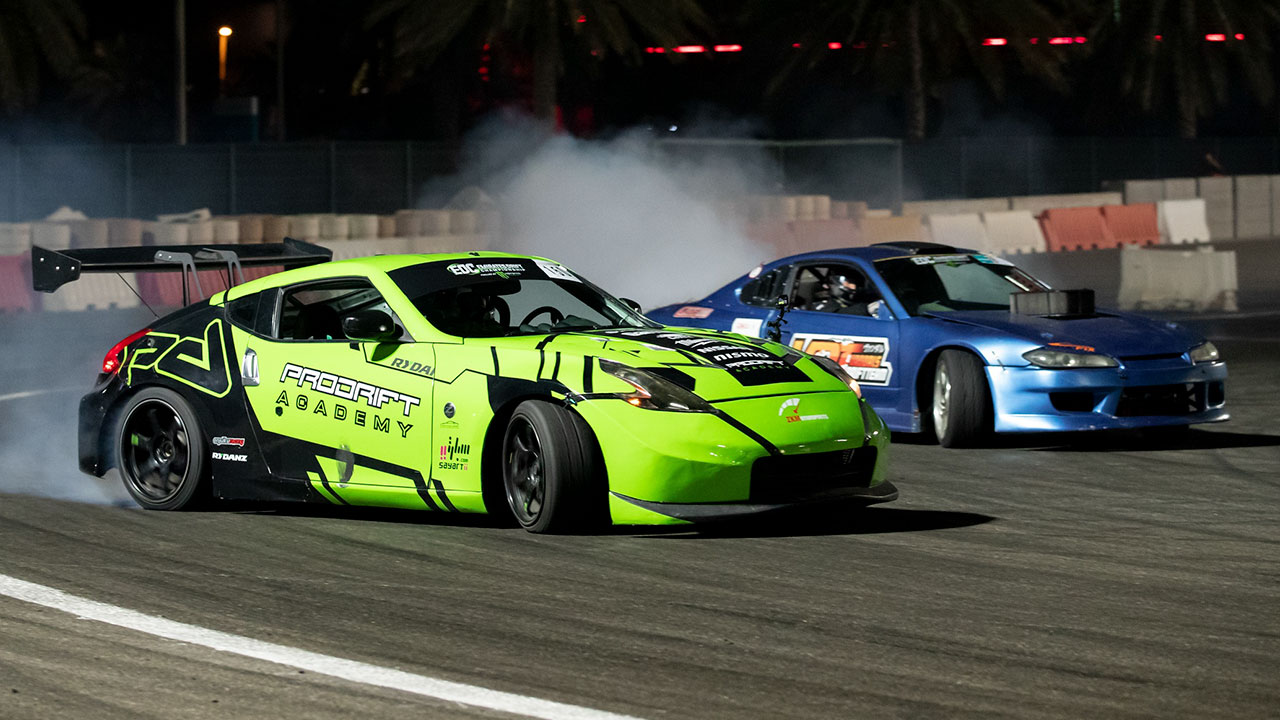 Yas Marina Circuit hosted the fourth and final round of the 2021/2022 season this weekend with the Gulf Radical Cup, UAE Pro Car and UAE Time Attack concluding proceedings.

The Monster Energy Emirates Drift Championship also returned to the Vehicle Dynamic Area (VDA) at Yas Marina Circuit for their penultimate round of the season. The region’s best drift drivers battle it out as they strive to be crowned the new EDC champion. After a thrilling third round, completed the third round Nasser Alharbali remains at the top of the leaderboard with 126 points, ahead of Hazza AJ and Ahmad Daham who occupy second and third place respectively.

The Gulf Radical Cup was back to the Yas Marina Circuit for round 5 of action. Ramez Azzam claimed Sprint Race 1 ahead of the series leader George King and Ian Loggie. The following day saw two 45-minute enduro races with both wins going to Ian Loggie who also displayed great sportsmanship by lending Bukhantsov his spare engine for the second race after mechanical issues meaning he would not start the first.

King still holds a strong lead in the series, but with double points at the last race and with Loggie showing incredible form, this season will come down to the wire at the final event.

The fourth round of the Yas Racing Series concluded an epic season of motorsport at Yas Marina Circuit which started with round one in November. Since then, a mix of homegrown and international racing competitions have taken to the circuit including Formula Regional Asia Championship, F4 UAE, and Asian Le Mans.

This year’s series was the first to take place on the newly reconfigured Yas Marina Circuit, drivers across the categories praised the upgrades for creating more competitive and exciting racing.

Arthur Leclerc, brother of Formula 1 driver Charles Leclerc, commented following his victory in the F3 Asian Championship: “I’ve driven on the track here at Yas Marina Circuit before the changes, but I really liked the new layout with the high-speed corners”

Yas Racing Series will return to the circuit in November 2022, ahead of the highly-anticipated 2022 Formula 1 Etihad Airways Abu Dhabi Grand Prix.