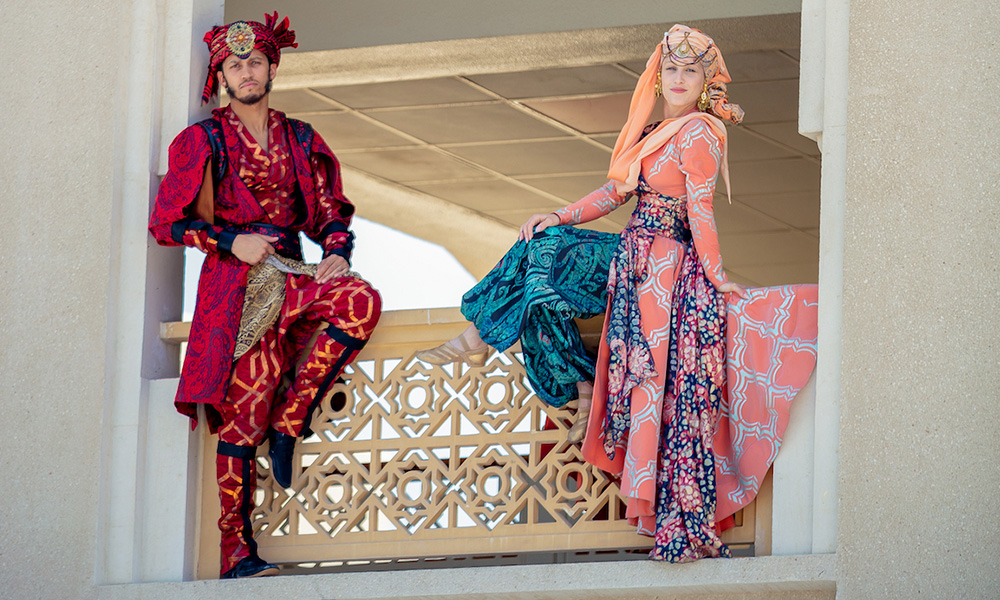 Sharjah and the UAE are in for something unlike anything they’ve seen before. The eagerly anticipated and talked about theatrical show – 1001 Nights: The Last Chapter – takes to the Al Majaz Amphitheatre stage for the first time, tomorrow, April 23 (Tuesday).

Being dubbed as a regional masterpiece in immersive live entertainment, this 90-minute production is a special tribute to Sharjah’s official inauguration as the UNESCO World Book Capital 2019. It is intended to serve as a memorable beginning to a yearlong book-themed cultural programme the emirate has designed to celebrate this title.

Produced by Al Majaz Amphitheatre and developed by Multiple International in partnership with 7Fingers and Artists In Motion, the show promises to be a folk-inspired spectacle filled with daredevil acrobatics and aerial stunts, which will be part of 13 varieties of performance arts that will string together the show’s narrative.

It has been conceptualised and developed by 537 world-class artistic, athletic and technical team members representing 25 nationalities, who have put more than 500 hours of training into creating this cultural masterpiece.

After tomorrow’s debut, the show will run once every evening until April 27 at the same venue. The show can be watched in three languages – Arabic, English and French.

Under the umbrella of Sharjah World Book Capital Office (SWBC Office), Sharjah  will celebrate the prestigious UNESCO title ‘World Book Capital’ which was launched in 2001, with a year-long cultural and heritage activities under the unique theme ‘Open Books. Open Minds’ from April 23, 2019, to April 22, 2020, engaging book lovers of all age groups, interests and cultural backgrounds.

The committee at UNESCO named Sharjah the World Book Capital 2019 in appreciation of its vital role in supporting books, promoting reading and adopting knowledge in cross-cultural communication. Sharjah was also recognised for its great efforts to foster reading as a robust culture at the regional and international levels.

Whispers from the Past