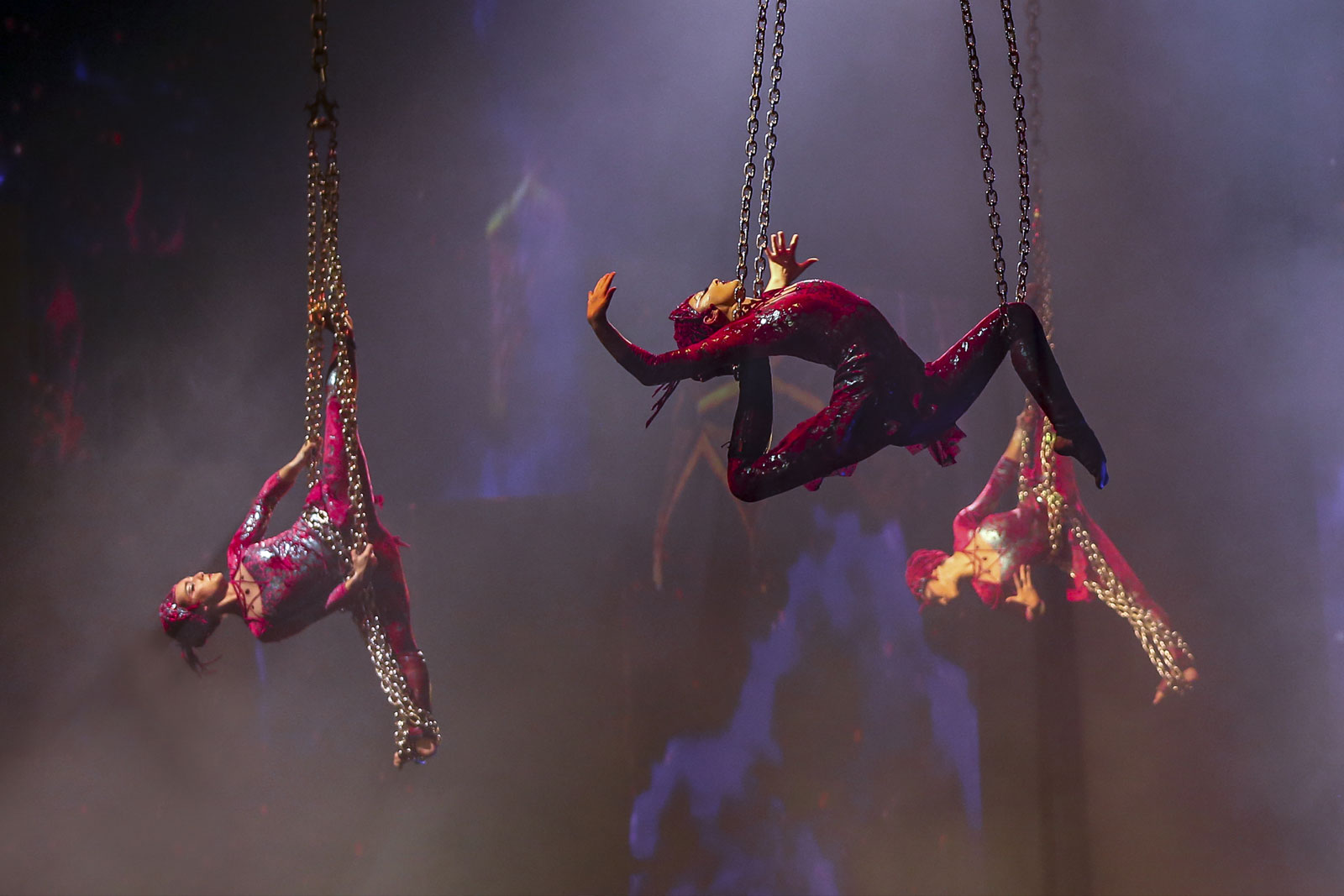 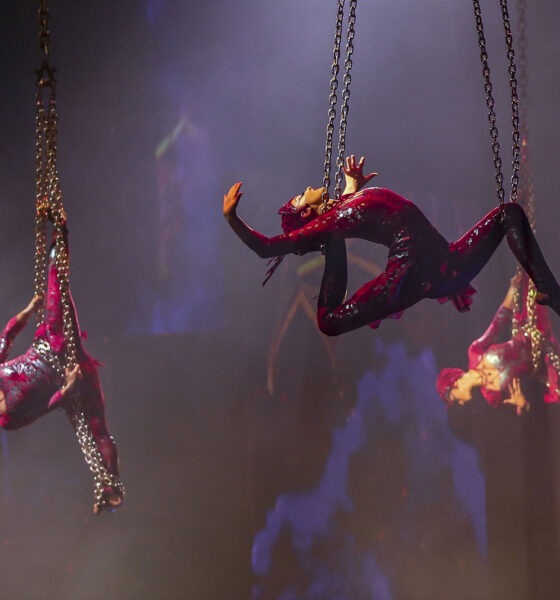 Sharjah Shares Gift of Knowledge with World Through‘1001 Nights: The Last Chapter’

‘1001 Nights: The Last Chapter’ had a world premier last night (Tuesday) before a packed audience in the emirate.

A never-seen-before interpretation of the One Thousand and One Nights tales has taken centre stage in the newly crowned World Book Capital– Sharjah. Ripe with magic, mystery and dream-like stage sequences, the Al Majaz Amphitheatre production, ‘1001 Nights: The Last Chapter’ had a world premier last night (Tuesday) before a packed audience in the emirate.

Not only has it set the live-entertainment bar in the region higher, the show has also been hugely successful in delivering a beautiful human message about the importance of books and reading and the importance of carrying a strong thirst for knowledge. It shed light on the need for more efforts to preserve our cultural legacy by passing it down to future generations and sharing it with them in a way that is relatable and true to their times.

The show offered a memorable starting point for Sharjah’s yearlong journey as the UNESCO World Book Capital 2019, not only because it is inspired by the region’s oldest collection of folk stories, One Thousand and One Nights, but because it has fittingly conveyed Sharjah’s World Book Capital’s messages of access and inclusivity.

By bringing home the world’s most important cultural title given to cities that are leading the way in making books and reading a central feature of community life in a digitally-driven world, Sharjah – the Arab world’s cultural gem – is poised to bring the Emirati and Arab culture closer to its people through a comprehensive programme, and ‘1001 Nights: The Last Chapter’ is the first example. 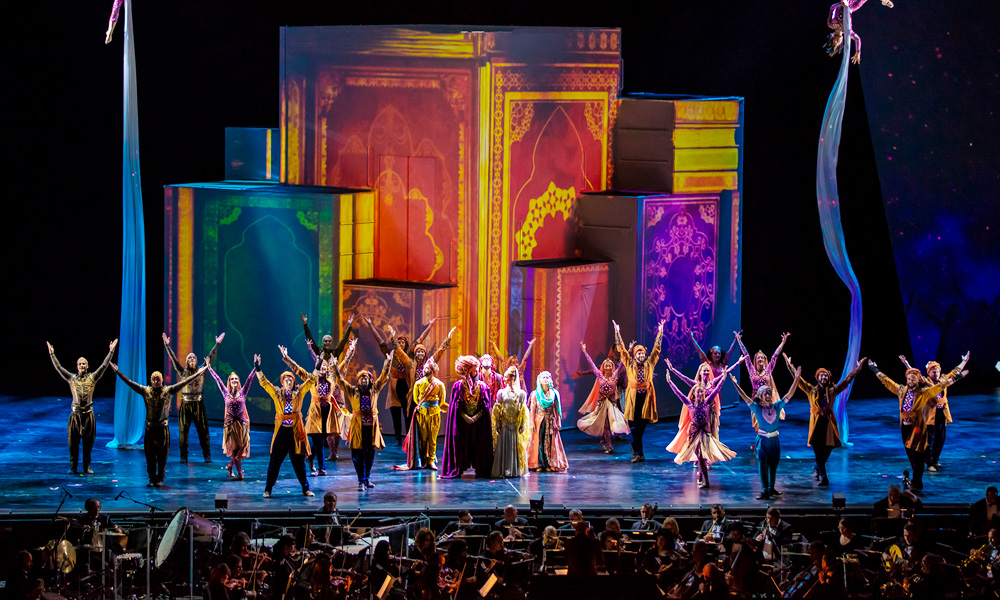 Scheherazade and her children tell a tale of reason, courage and love

The Al Majaz Amphitheatre commissioned a team of 537 of the world’s best talents to form a unique blend of strategists, creatives, designers, post-production artists and technicians, who have brought this mesmerising production to stage. Developed by Multiple International, 7Fingers and Artists In Motion, this audio-visual spectacle was speckled with daredevil acrobatics and aerial stunts as part of 13 varieties of performance arts, which came together to narrate a story Scheherazade never told before.

The 90-minute show unfolds in three main acts, each led by one of Scheherazade’s children, Fayrouz, Kader and Amin. Instructed by their mother to reach out to three most treasured items in the world – a bottle of ink, a feather and a book – the three undertake exciting journeys to far-away lands full of danger, mystery and intrigue created by an awe-inspiring stage setup and design, and special effects.

To the garden of tears, the home of the sad prince

Princess Fayrouz is tasked with visiting a prince who lives a cursed life surrounded by darkness. His lover has been turned to a tree from a curse that cannot be broken. A grand tree appears on stage, split in half – each containing a portion of her body and soul.

“This curse will persist for as long as you cry for yourself. Only the greatness of your love for your people and for her will unite the trees and bring your lover back,” Fayrouz tells the prince, leading to this awakening that changes his life forever. His new-found happiness is also the curse’s antidote.

The curse is lifted and the tree becomes one, releasing the prince’s lover. A spectacular acrobatics show and choreography perfected by the artists on stage ring in a beautiful celebration of selfless love, and a strong beam of light emerges from the base of the unified tree, producing a bottle of ink – the piece of treasure Fayrouz travelled countless miles looking for. 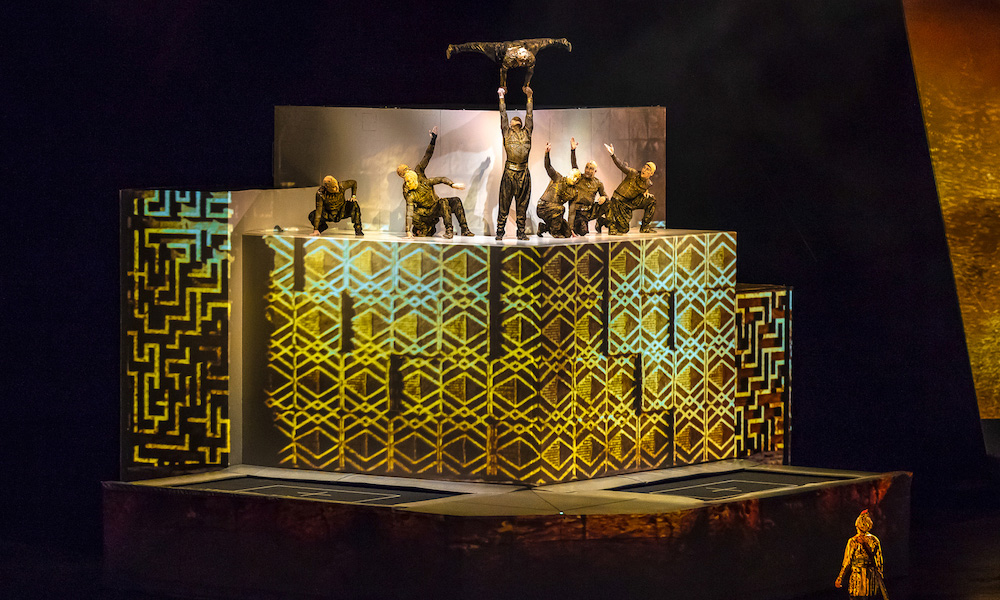 Arrives in a boat in stormy weather, the sea shows him no mercy.

Upon arrival into the valley of darkness, which holds in its depths a precious tool that has the ability to produce the kind of knowledge not yet known to humankind, Kader is faced with an army of dark forces – some external, some created by the shackles of his own mind.

Triumphant, after a battle with the forces of evil, portrayed by an impeccably performed break dance routine to an Arabian-inspired symphony created by the show’s 51-piece orchestra of musicians from around the world, he puts his last opponent to ground.

Finally, Scheherazade’s voice tells Kader: “You will know you are worthy if a Phoenix rises before you.” The bird rises from the ashes and presents him the treasure he travelled countless miles searching for – a glorious long feather from her body. 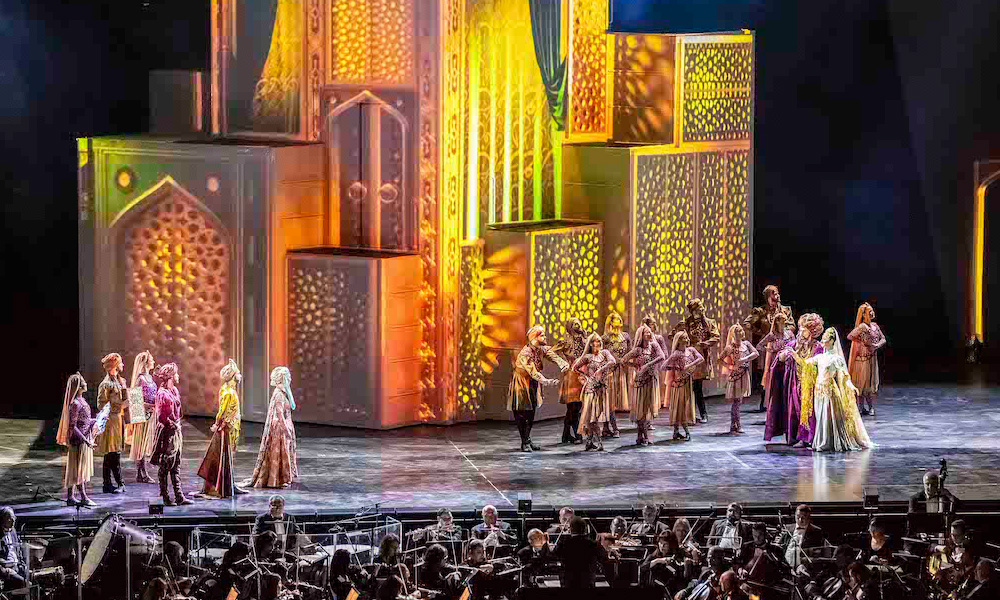 A journey on foot to the land of riddles no ordinary man has the ability to solve.

Amin’s emotional upheaval, his quandary in facing the toughest questions about knowledge and life are projected by a masterful wall trampoline act to upbeat Arabian-meets-carnival orchestra piece. To the audience, it appears as if these humans were emerging from the depths of the earth, reaching the top of an enormous wall within fractions of a second.

And then the doors of knowledge open, taking brave Kader into its glittering, warm embrace.

Artists dressed in spectacular costumes present a celebratory dance to mark Amin’s arrival into this ancient treasure house that has been kept a secret for several eons.

Next, a soaring structure resembling a pile of single books appears on stage, and on top climbs a performer to present edge-of-the-seat handstands, finally reaching out to the long-guarded treasure – a book– Amin has been tasked by Scheherazade to search for. Once the treasure is revealed, the dancers make a gracefully choreographed exit.

The quest for knowledge must never end…

Never too late to write your story.

The final touches to this sweeping and never-seen-before interpretation of a timeless literary treasure is offered when the three children come home to Scheherazade and King Shehereyar, and present the three treasures they found on their respective quests.

With the ink, feather and book, master storyteller Scheherazade is telling us that knowledge is the best of all treasures and the quest for it is as exciting a journey as can ever be.

This message definitely sets the tone right for the remainder of the year until April 22, 2020, when Sharjah will be pulling out every stop to bring culture, arts and entertainment, awareness and empathy to the UAE’s vibrant multicultural community – all through the medium of the ‘book’.

‘1001 Night: The Last Chapter’ will be performed once daily, until April 27 at the Al Majaz Amphitheatre. The show can be watched in three languages – Arabic, English and French. Tickets are available for purchase at https://sharjah.platinumlist.net/event-tickets/74556/1001-nights-the-last-chapter.

Luca Valentini Presents “Turn on the Light” at Sconci Exhibition