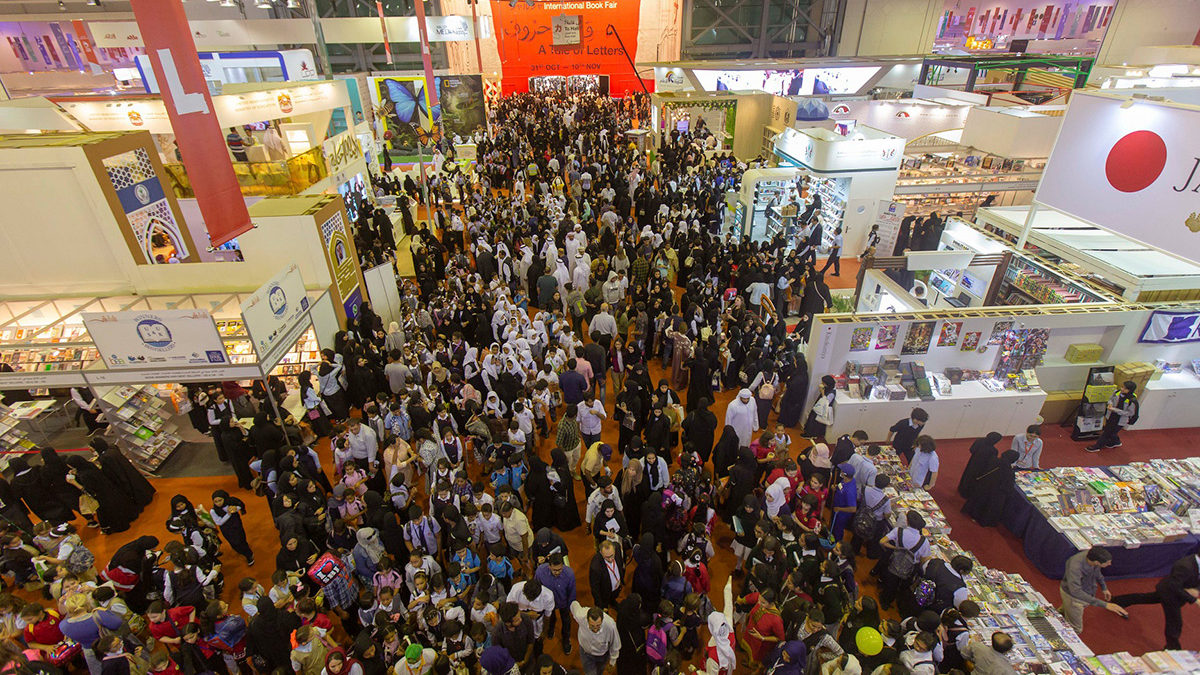 To be held from October 30 to November 9, SIBF 2019 brings together 173 authors from 68 Arab and foreign countries who will lead 987 activities presenting scientific, knowledge and literary themes.

International Guests
The 38th edition of SIBF which celebrates the Republic of Mexico as a Guest of Honour, will bring together a host of Arab and international guests and celebrities including America’s most-loved host, Steve Harvey; Orhan Pamuk the first Turkish novelist to win the 2006 Nobel Prize for Literature; and the leadership guru, Robin Sharma.

The international guest list include Elisabetta Dami, a bestselling children’s author from Italy; Bernice L. McFadden, the American author of 10 critically acclaimed novels including the award-winning ‘The Book of Harlan’. From India, Poet and bestselling author Anita Nair; actor Gulshan Grover, and Jeet Thayil, an award-winning poet, novelist and musician whose first novel ‘Narcopolis’ was shortlisted for the 2012 Man Booker Prize for Fiction.

Kids Activities
The 38th edition of SIBF has dedicated a staggering 409 activities to its Kids Programme. To be led by 28 guests from 13 Arab and foreign countries, the activity schedule will feature an array of educational, cultural and entertainment activities geared to promote children’s learning and creativity.

The Children’s Programme will feature activities conducted by entities and individuals from around the world including the UAE, USA, Italy, Lebanon, Greece, Jordan, Syria, Egypt and the Netherlands.

Social Media Station and Book Signing Corner
A total of 20 workshops led by 12 guests are scheduled to be held over the course of the book fair. Six social media influencers will be leading discussions and activities tackling important cultural, media-related and social topics. They will be sharing excellent tips on how to leverage social media platforms to promote reading, culture and constructive dialogue. Meanwhile, the Book Signing Corner will organise signing sessions featuring over 250 works of poetry, fiction social sciences, law, philosophy, critical and academic studies, self-development, theatre and children’s literature will be organised at this corner.

Cookery Corner
Meanwhile, food lovers are in for new culinary explorations with 16 Arab and international chefs from 9 countries, including Syrian Mohammad Orfali, and Indian Judy Santos, who will be staging 48 live culinary activities.

New Platforms
SIBF 2019 will introduce in this edition new platforms including: ‘The Diversity Hub’ which will serve as an open space to discuss a range of trending topics in the world. The discussions will highlight the diversity and differences from culture to culture, as well as analyse their effects on the local community. ‘The Design Thinking Platform’, on the other hand, will push platform attendees to ‘think out of the box’, formulate creative ideas and transform ordinary ones through a mixed theoretical-practical approach.

Sharjah International Library Conference
SIBF in partnership with the American Library Association (ALA), is hosting its sixth annual Sharjah International Library Conference from November 6 – 7, 2019 on the side lines of the book fair.  More than 400 librarians, archivists and industry professionals from across the globe will share their expertise on a host of pressing issues, challenges and opportunities for the entire industry as they outline strategic shifts that will define the next generation of library services.