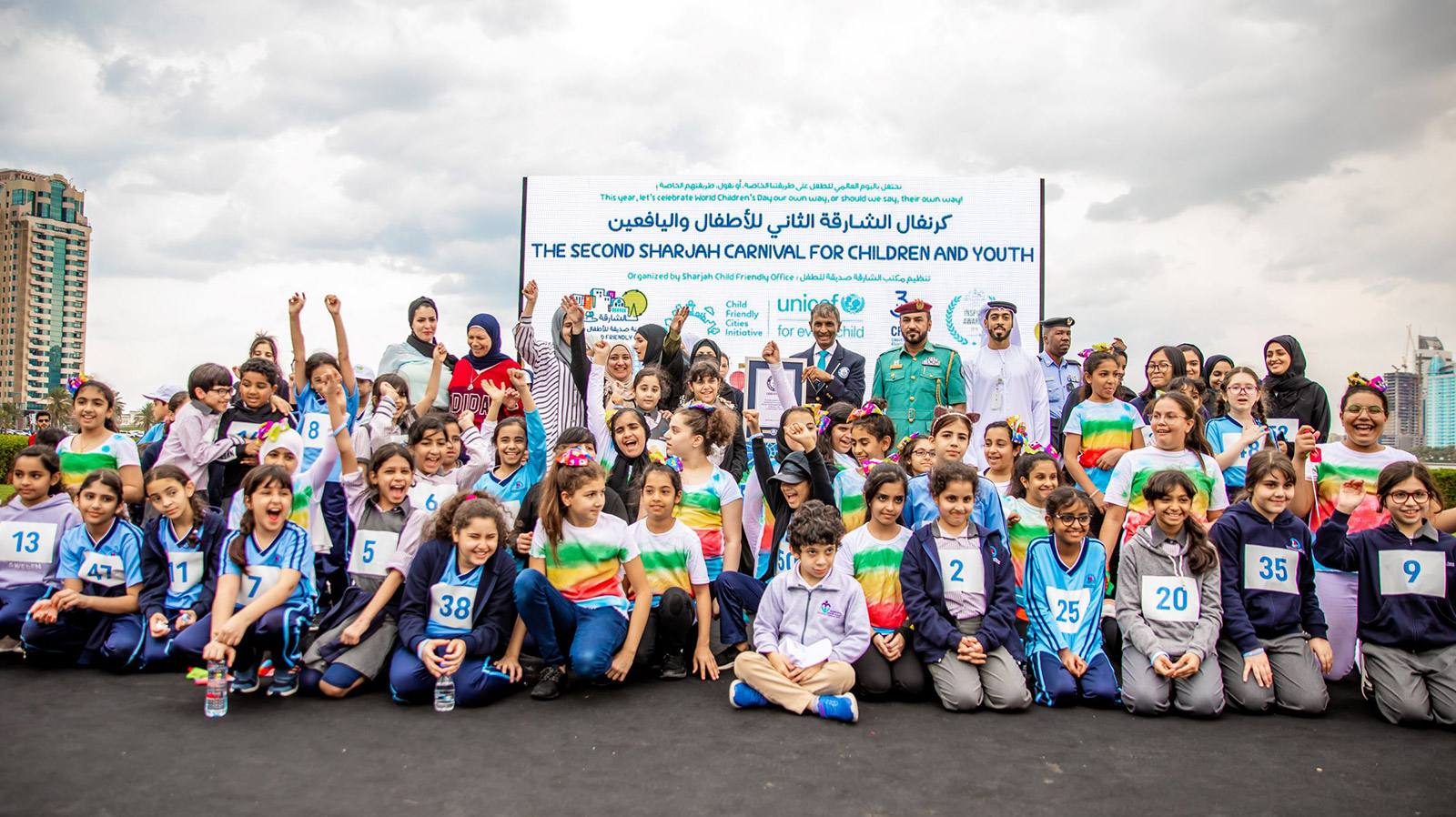 The Sharjah Baby Friendly Office (SBFO) broke a Guinness World Records (GWR) title for ‘Most people in a photo cutout board picture’, with 72 people in one frame.

It broke the previous GWR title of 60 people, held by UAE company ‘Plan B’ in association with Middle East Events & Exhibition.

The successful attempt formed part of the second edition of the Sharjah Carnival for Children and Youth, held on November 20 – 21 in conjunction with World Children’s Day observed annually on November 20.

During the carnival, SBFO set up a 50-metre long wall at Al Majaz Amphitheatre Island to serve as the frame in which 72 people posed for a world-record cut-out board photo. The illustrations that were used to decorate the board reflected the basic rights of children, as indicated in the Convention on the Rights of the Child.
Dr Hessa Khalfan Al Ghazal, Executive Director of SBFO, pointed out that the new achievement added to the portfolio of milestones achieved by the entity.

She said: “It is a matter of great pride to break a GUINNESS WORLD RECORDS™ title as part of the biggest child-dedicated event in Sharjah, the second Carnival for Children and Youth, which reflects the vision and directives of His Highness Sheikh Dr Sultan bin Muhammad Al Qasimi, Supreme Council Member and Ruler of Sharjah, and his wife, Her Highness Sheikha Jawaher bint Mohammed Al Qasimi, Chairperson of the Supreme Council for Family Affairs to elevate the status of children and better their lives. It is fitting that the carnival’s theme this year was children’s rights, honouring the 30th anniversary of the Convention of the Rights of the Child.”

The Sharjah Child and Youth Carnival paid tribute to the city’s exceptional efforts towards safeguarding the rights and promoting the well-being of children and youth.

The University of Birmingham Dubai breaks ground for new campus